If you’ve recently found out you have an allergy or intolerance to wheat or gluten, you’re probably looking into ways to keep them out of your diet, without missing out on too many of your favourite foods. This is where gluten-free flours can come in handy.

If you’re an avid baker, this can be quite disappointing. Regular old wheat flour, a staple of many delicious baking recipe’s, contains gluten. That gluten is the protein which and binds dough in baking. Because of this, when baking with wheat-free flours you may need to source alternative binding agents. Today we’re going to look at 11 wheat flour alternatives, that don’t contain wheat or gluten.

Keep in mind that wheat free recipes using flour substitutes have usually been carefully formulated to get optimal results. Taking into account the problems associated with a lack of gluten. So untested substitution can be risky. If you try substituting, be aware that you may need to go through some trial and error, so if you’re cooking for an important occasion, make sure you’ve tested it beforehand!

Heavier than its relative, white rice flour, brown rice flour, is milled from unpolished brown rice, giving it a higher nutritional value. As it contains the bran of the brown rice it also has a higher fibre content. This means that it has a noticeable grainy texture.

It has a slightly nutty taste, which may come out in recipes depending on the other ingredients. The texture will also contribute to a heavier outcome than recipes made with white rice flour. Brown rice flour isn’t usually used completely on its own because of this heavier nature. Bulk buying is not recommended as it is better used fresh. Store in an airtight container.

Amaranth flour is made from the seed of the Amaranth plant, which is a leafy vegetable. Amaranth seeds are very high in protein, making it a very nutritious flour for baking. Its alternative names include African spinach, Chinese spinach, Indian spinach, Elephant sear.

Made from ground chia seeds, and labelled a “superfood”, this contains; omega3, fibre, calcium and protein. It’s also known as “nature’s rocket fuel” and many sportspeople and super athletes use it for enhanced energy levels during events.

If chia flour isn’t available, then you can put chia seeds in a processor and whizz some up yourself. If used in baking, liquid levels and baking time may need to be increased slightly.

This comes from the grass family and is used as a cereal in many African and Asian countries. It can be used to thicken soups and make flatbreads or griddle cakes. Because it lacks any form of gluten it’s not suited to many types of baking.

Ground from oats, this flour is not a gluten-free cereal, so you must ensure that it is sourced from a non-wheat contaminating process.

You may need to increase the liquid content of any recipe this is used in, as it absorbs liquids more than many other flours. This flour readily substitutes into many cake and cookie recipes. However, oat flour goes rancid very quickly, so you should either buy in small amounts and use quickly, store it in the fridge/freezer, or make your own using a food processor.

Pronounced “Keen-Wah”, quinoa is related to the plant family of spinach and beets. It’s been used for over 5,000 years as a cereal, and the Incas called it ‘the mother seed’. The name is well deserved, as it provides a good source of vegetable protein. The seeds of the quinoa plant are ground to make flour.

Rye flour is a strongly flavoured and dark flour. Bread made with rye flour tend to be denser than those made with wheat, for example, pumpernickel is virtually black. Rye flour may have a low gluten content, but it can still be used for recipes such as pancakes and muffins.

Barley only contains a small amount of gluten, so it’s rarely used to make bread. But there is the exception of unleavened bread. It has a slightly nutty flavour and can be used to thicken or flavour soups and stews. Blended with other alternative flours it is also a fairly versatile wheat flour replacement for use in cakes, biscuits, pastry and dumplings.

Tapioca flour is made from the root of the cassava plant. Once ground, it takes the form of a light, soft and fine white flour. Tapioca flour adds chewiness to baking and is a good thickener. It is an excellent addition to any wheat-free kitchen. It’s a fairly resilient flour, so storing it at room temperature should be fine.

Not to be confused with potato starch flour. Potato flour has a strong potato flavour and is also a heavy flour, so a little goes a long way. Bulk buying is not recommended unless you are using it on a very regular basis for a variety of recipes, as it does not have a long shelf life.

This is a fine white flour made from potatoes It has a light potato flavour which is virtually undetectable in most recipes. It’s one of the few alternative flours that keeps very well, provided it’s stored in an airtight place that’s also cool and dark. 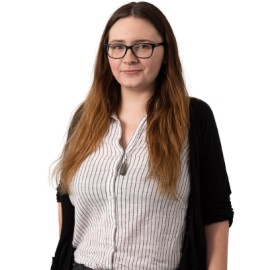 Donna Mastriani-Taylor, S.N.H.S. Dip. (Holistic Nutrition) is one of the longest-running members of the team, starting with Test Your Intolerance in 2014. As Customer Service Manager, she has 12 years of experience in the industry, whilst overseeing account management for numerous different health companies.

Donna is qualified in Holistic Nutrition from the London School of Natural Health Sciences, and regularly gives advice and meal plans along with our team of Nutritional Therapists, and Dr Enzo Fornari. Whilst managing the day to day running of the customer service, Donna is a keen baker and has transitioned to a vegan diet over ten years ago. She is a loyal and hardworking member of the Test Your Intolerance team by staff and customers alike, mentioned frequently in our 5-star reviews.