CBD Oil: Is It Time To Believe The Hype? - Test Your Intolerance

CBD Oil: Is It Time To Believe The Hype? 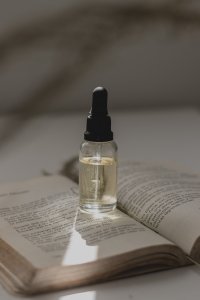 Websites across the internet are littered with ads exclaiming absurd statements like “CBD oil brought this dead 97 years old come back to life AND THEN HELPED THEM RUN A MARATHON” and “The Thing Doctors Don’t Want You To Know About CBD Oil”. These grandiose claims, while hilarious, do little to help people understand whether they might benefit from introducing CBD oil supplementation into their daily routine. In fact, such grand statements are likely off-putting for the vast majority of people.

CBD oil undoubtedly suffers from its association with the psychoactive compound THC, which is also found in the hemp plant. Years of stigma around smoking cannabis have contributed to the slow uptake of CBD. Where THC is psychoactive and makes the user feel “high”, cannabidiol is a non-psychoactive compound which means that it doesn’t produce the same mental effects.

So, now we’ve made the distinction between THC & CBD Oil, let’s take a look at the reason so many people are supplementing with CBD oil. CBD Oil has been shown to have significant positive effects on several different conditions, particularly around mental health and sleep disorders.

Initial studies appear to show a positive relationship between CBD oil and serotonin receptors. Serotonin is a hormone which the body uses to synthesize melatonin. Melatonin is another hormone which is released into the bloodstream and make you feel tired. As melatonin levels increase, you will begin to feel more and more tired.

Serotonin is also essential for mood and emotional wellbeing. An imbalance in serotonin has been linked with depression. This has been postulated to be due to disruption to the regeneration of brain cells. This is a process that is believed to be supported by serotonin. CBD has also been shown to have antidepressant-like effects in animal studies.

Inflammation of the brain has been shown to significantly contribute to the declination in cognitive function as well as the onset of various neurodegenerative diseases such as Alzheimer’s, Multiple Sclerosis and Parkinson’s. CBD oil has shown some promise in treating inflammation which means it could benefit those suffering from these conditions. These potentially anti-inflammatory properties have also been shown in some studies to contribute towards pain relief.

Is CBD The Real Deal?

While it is still early days in the use of CBD oil as a treatment for various conditions, studies do appear to show some benefits. Anecdotally, some people have spoken of CBD as life-changing. While anecdote only goes so far, this indicates that it does have some positive effects when used.

We have tested a huge range of CBD products and happily discussed the different benefits in the office. People have been quick to give stories of distant relatives who have seen big benefits from adding it to their lives, but what would we recommend?

The one we all plumped for is from CBD Armour. The Silver CBD oil has been produced from carefully selected hemp (cannabis sativa) plants, which are grown in their state-of-the-art farm. The plant is cold processed in high quality extra virgin hemp seed oil. The hemp seed oil also provides a healthy dose of Omega acids and essential fatty acids.

The Oil is 100% Natural & Organic Certified 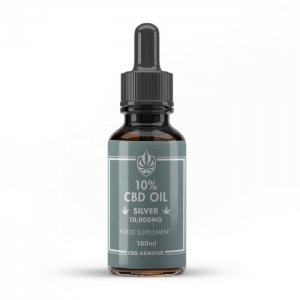 Making you feel happier during your daily activities

The 10% Silver CBD oil is ideal for making a positive difference to active, stressful and demanding lifestyles. It is a great addition to your daily routine to aid the wellness of the physical and emotional stresses of modern-day life.

At just £30 for 100ml* you can add the CBD oil into your diet at a drop a day, and you can see for yourself which elements of your life improve.

*Correct at the time of writing