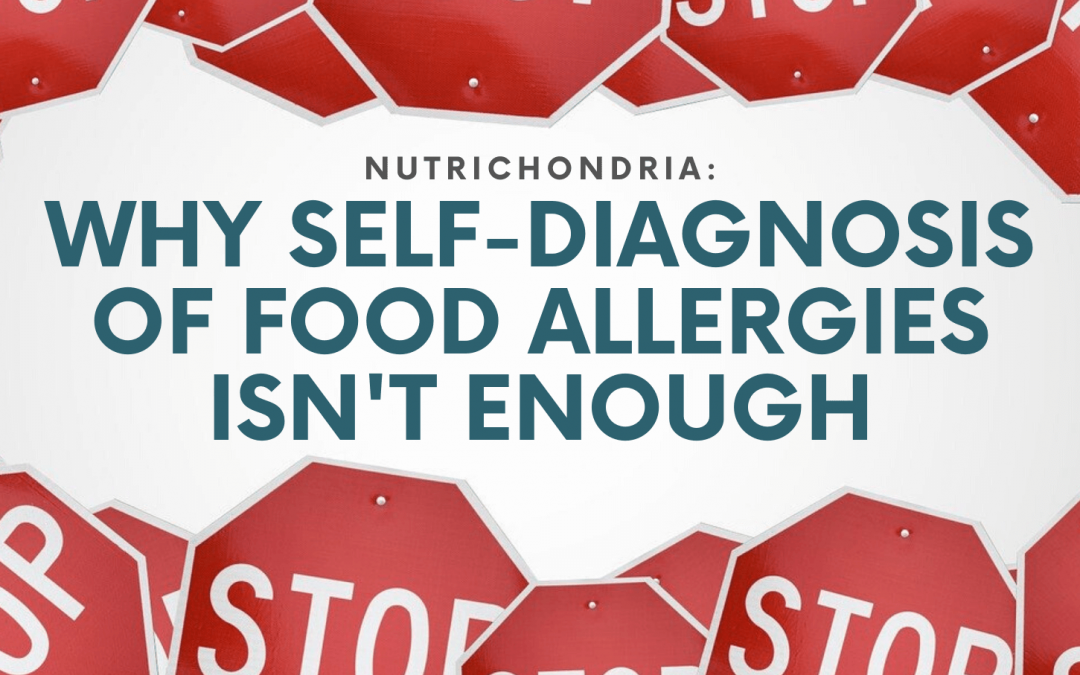 While It’s true that food allergies are becoming more and more common, the data may be a little skewed due to a phenomenon known as ‘nutrichondria’.

A DNAFit study defines nutrochondria as a ‘preoccupation with negative details of one’s diet and a propensity to self-diagnose food intolerances or allergies based on supposition or flawed evidence’.

Put simply; there’s a current wave of people self-diagnosing themselves with food allergies and intolerances based on their own experience and assumptions over anything scientifically concrete.

There are various reasons this isn’t the ideal way to determine if certain foods don’t agree with you. Some of which can have detrimental effects on your health – which is the opposite of the phenomena’s intention.

A misdiagnosis of Food Allergies is just as dangerous as no diagnosis. It could even be seen as more dangerous than being unaware of any food allergies or intolerances. This is because if you believe you know what foods your body reacts adversely to, you’ll be caught by surprise when the actual allergen is consumed, and your body’s immune system responds in turn.

At this point, it’s pretty much Russian roulette but with food. You may or may not react badly to a particular food, and you may have a mild or a severe reaction. You simply won’t know because you didn’t conduct a scientific testing method.

It Could be Another Problem

There’s also the possibility that your symptoms aren’t a food allergy or intolerance at all. If you assume that you are allergic to a substance when really, you’re developing a disease or illness, you’re preventing yourself from dealing with the problem altogether. You could be blaming your diet for your symptoms needlessly and putting yourself at further risk.

Needlessly restricting your diet can quickly result in nutrient deficiencies. If you aren’t careful to replace these nutrients you remove from your diet adequately, you’ll soon run into a deficit of those essential nutrients. The body is a delicate and complicated system, so being deficient in even one nutrient can generate a cascade of symptoms. These symptoms may then be misunderstood as another food intolerances, and so the cycle would continue.

The best way to determine whether you’re suffering from a food allergy is through proper testing. It’s safer, more reliable and overall a more effective way of testing for food allergies. Especially considering that most food allergy tests will test you against several different allergens at once. Killing two birds with one stone.

Thailand
Thai
JANUARY SALE 10% OFF
ALL TESTS | CODE: JAN2020
x
We use cookies to ensure that we give you the best experience on our website. If you continue to use this site we will assume that you are happy with it.OkCookie Policy