Keto: The Future Of Dieting? - Test Your Intolerance

Keto: The Future Of Dieting?

So your favourite celebrity, they’re looking different. New hairdo? Nope, still the same. Is it the outfit? Not that either. THEY’VE LOST WEIGHT! Your idol has a rocking new body that seems to have come out of nowhere, and they’re attributing it to that new, miracle diet that’s taking Hollywood by storm. Ignoring their new fitness DVD, you’re intrigued as to whether you might benefit from a switch to the…*checks notes*… EAT ABSOLUTELY NOTHING JUST DRINK WATER ONCE A DAY DIET.

The reality is, a lot of a-listers will do whatever it takes to get the body they need for a short term goal; awards ceremony, important acting role, summer holiday that they’ve told the paparazzi about. It’s all about that one day or one brief period where they need to look a certain way. Often, these diets are unsustainable. They’re essentially starvation in a lot of cases.

But there is one diet that is being followed by an increasing number of Hollywood’s elite and appears to be a lot more sustainable; The Keto Diet.

What Is The Keto Diet 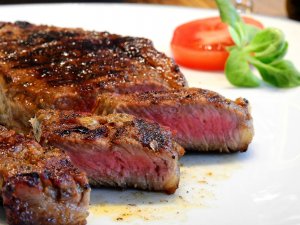 The Keto (Ketogenic) Diet is a low-carb, low to moderate protein and super high-fat diet. Carbs are restricted to trace amounts whereas fats are increased to fulfil as much as 80% of your macronutrient consumption. The reason for this is that the goal of this diet is to switch your body’s primary fuel source from carbohydrates and glycogen (stored carbohydrates) over to ketones. Ketones are made in the liver from fat and are a type of acid your body can use for fuel in the absence of carbohydrates.

What Are The Benefits of The Keto Diet?

A 2013 meta-analysis found that those following a ketogenic diet lost 2lbs more than their counterparts following a simple low-fat diet. Another found a more impressive 5lbs difference over the course of a six-month diet.

There are a growing number of studies which appear to point to ketones as a superior fuel source when compared to carbohydrates for supporting brain function. They have also been shown to be beneficial when managing conditions like Alzheimer’s disease.

Various studies have shown that a ketogenic diet can help avoid or manage diseases including dementia, bipolar disorder, Parkinson’s, diabetes and some cancers. 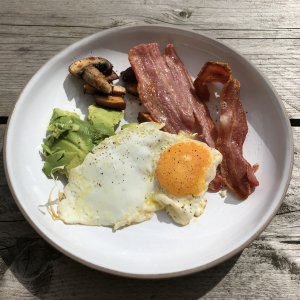 The diet is notoriously difficult to follow correctly. Many people think they’ve achieved a state of ketosis (where your body prioritises ketones as fuel) when they, in fact, haven’t. The best way to find out is through ketone level testing. This can be done in several ways. The most popular two are urine strips (questionable accuracy but an affordable option) and blood testing (more accurate, more expensive). The temptation and problem a lot of people face is to eat a lot of fried and processed foods. As with any diet, you should try to eat cleaner, keto diet-friendly options wherever possible.

There are a significant number of studies which appear to show some benefit to the general population in using the ketogenic diet. Weight loss and brain function, in particular, appear to be supported by ketosis. The diet is still relatively new, and there isn’t concrete proof that you should make the switch yet, but, anecdotally, many have reported significant improvements in health.

Before starting any new diet, it is essential to consider allergy tests. When you introduce new foods to your diet, you run the risk of exposing yourself to previously unidentified allergens and the symptoms that come with them. We have a range of allergy tests that are suited to all budgets.

Check out our allergy tests here.